{Updating a Nightstand with a Map and Mod Podge}

Hey lovelies!  I am back in the swing of things and so excited to have spent the last two days knee deep in projects.  Aaah, I missed the smell of fresh saw dust, and the mod podge under my nails.  🙂 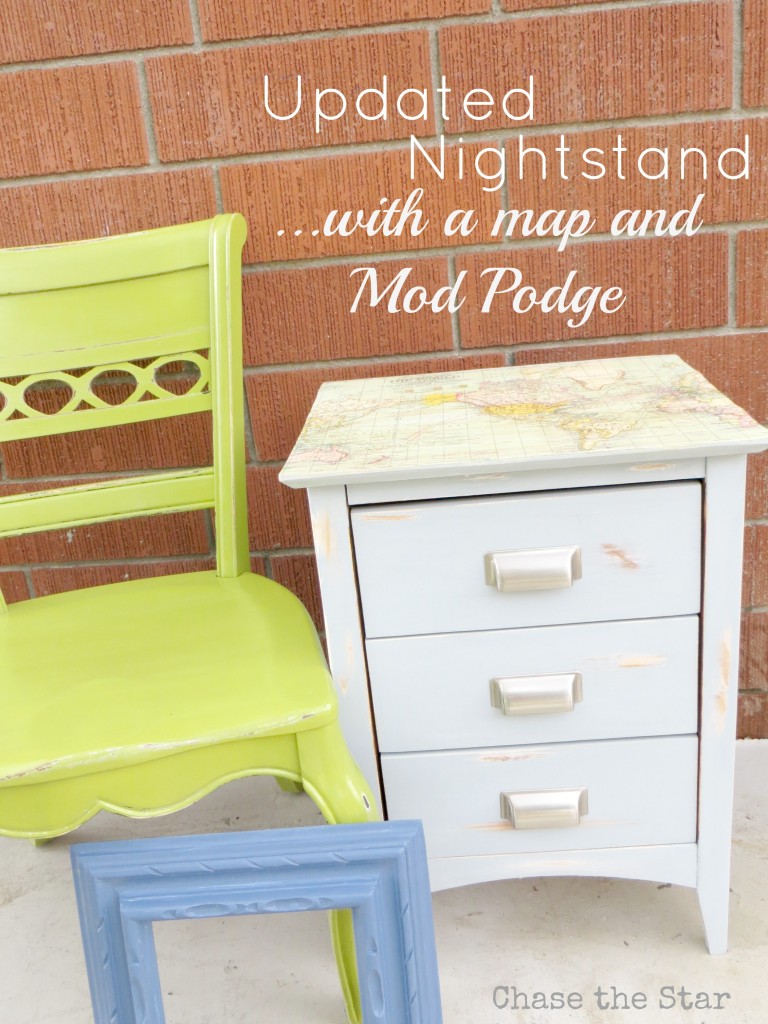 I had this nightstand, it had been repurposed into an entry way table, and now will serve as an end table.  Who knows what it will be in its next life! 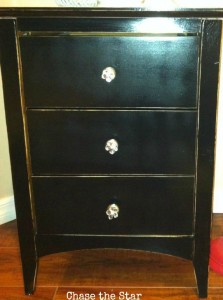 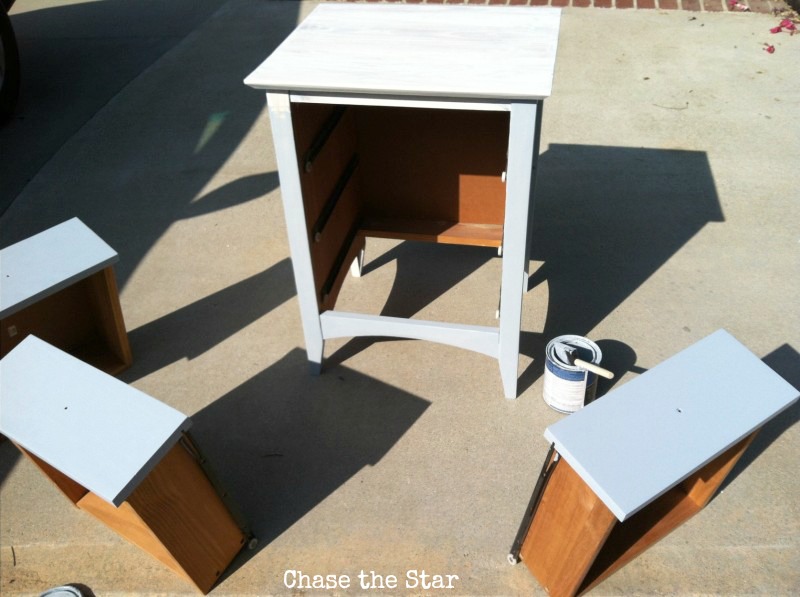 I am really into lightening up my house lately so I went for a pale blue color, Prelude by Behr, also used here, to give it a drastic transformation.

First things first, I sanded the entire piece down with my orbital sander (if you want a tutorial on that click here).

Secondly, I added 2 coats 0f paint with a foam brush (my go-to brush).

Everything dried completely in a few hours so I went ahead and distressed with with some fine grit sandpaper (check out a tutorial for distressing furniture here).

Lastly, I added a coat of polyurethane to seal it.

I liked it as is, but I thought it needed a little interest.  I had a map that I’d used on an ornament I made during the holidays, so I thought why not add it to the top of the nightstand?!

Adding a Map to Furniture with Mod Podge

Surprisingly, this was the easiest part of the entire project!  All I did was cut the map to size, added a coat of Mod Podge with a large brush (both had been generously provided to me by the folks at Plaid so I could make this project).  Pressed it into place, and added an ample coat of the Mod Podge over all of it again using the wide brush.  So easy! 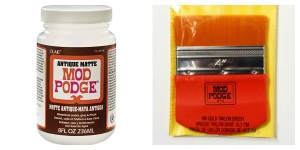 For the final touch, I updated the knobs with these nickel cup pulls from Home Depot. 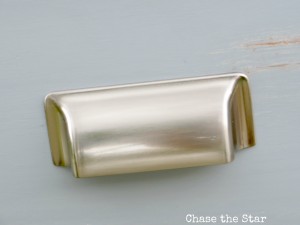 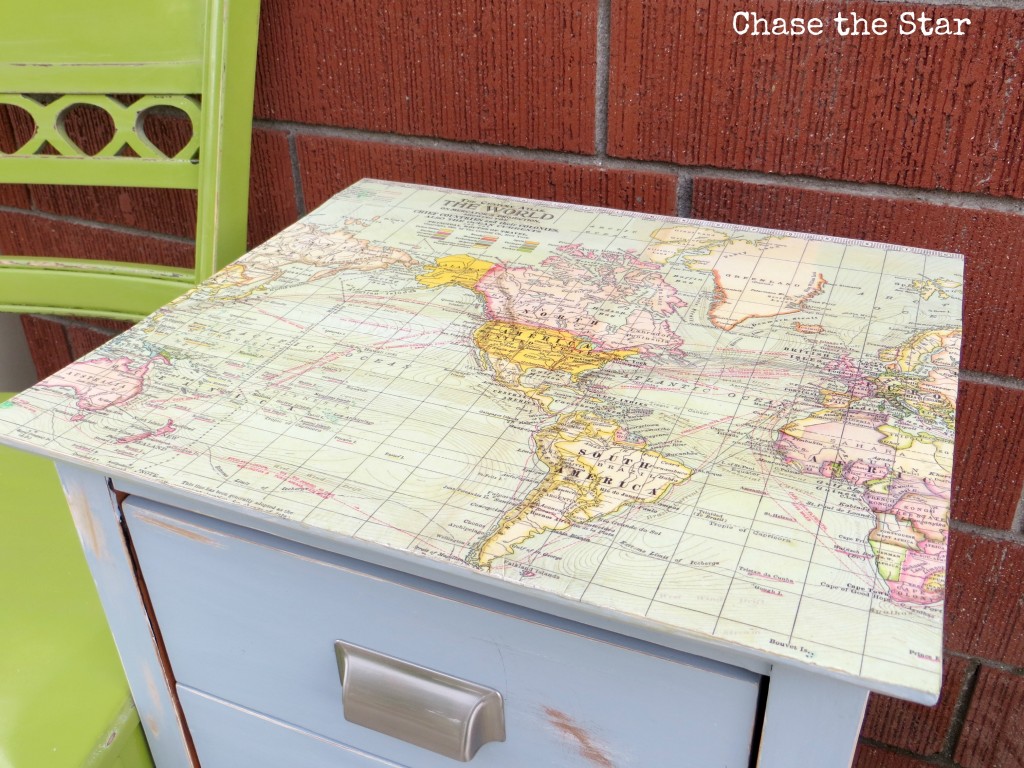 Naturally, now I wanted to Mod Podge a map onto everything I can get my hands on!

Have you ever used Mod Podge to update a piece of furniture? 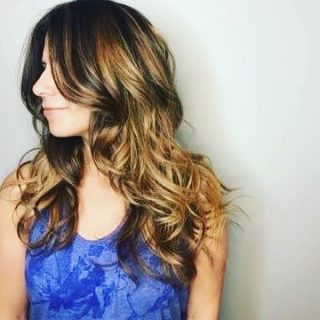